We believe in providing an inspiring lifestyle because we care about our residents. "Come experience the Cornerstone difference."

In this poem, "The Winds of Fate," by Ella Wheeler Wilcox, we see a reflection of our belief that success in the real estate industry, or any industry for that matter, is best achieved through a positive and professional attitude, combined with a comprehensive commitment and performance equal to the client's objectives, regardless of the obstacles. 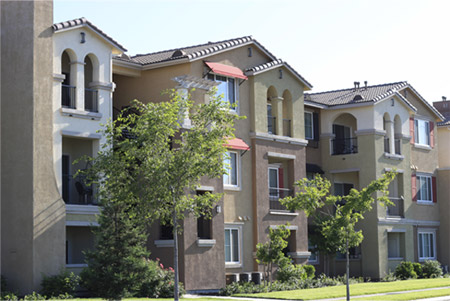 From the early days, in 1981, to today's diverse family of companies, Cornerstone has grown from a mere handful of diligent workers to a dynamic organization of nearly 300 professionals with a global perspective and a laser like focus on serving the active lifestyles of our Mountain West clientele. We invite you to learn more about our history.

Both IDG and Cornerstone evolved from an initial parent company named Emerson International.

Emerson began operating in 1982 and developed into the largest private property management company in the Western States. Emerson had an important component that provided international, national and local real estate studies. The MEGATRON Real Estate Study Services. Emerson was later sold (1990) and became an element of the current Pinnacle Management Company. The owners and partners of Emerson created their own apartment development company and named it International Development Group (IDG). IDG began in 1992 and has since developed 28 apartment communities from Logan, Utah to Las Vegas, Nevada.

Emerson was the seed that began the development of IDG and Horizon in later years.

Emerson International was created in 1982 and was wholly owned by Steve Terry, CPM®, CAPS®, RIM®, RPM®. Operating out of Salt Lake City but providing services for many syndication clients, Emerson generated hundreds of Real Estate Feasibility, Turn Around, and Market Studies for real estate investors.

Soon investors were asking Emerson to implement the excellent management plans that were described in their studies. Since Mr. Terry had grown up in the property management industry, it was a facile thing to create a strong team of professionals that implemented the real estate programs presented in the Emerson Studies. Emerson rapidly grew to become one of the largest private property management companies in the Western United States with nearly 15,000 apartment units and 2.5 million square feet of commercial space under management.

IDG then turned its attention to developing conventional properties again and began to connect LIHTC with conventional properties building them together and creating consolidated offices to provide rental housing services to the entire economic community. IDG also began to combine independent senior living with family LIHTC and family conventional living combining three separate properties into one larger office that provided the highest levels of service to every possible resident in the community. IDG has also added office, retail and industrial space to many of its newer properties, creating mixed-use, vertically and horizontally integrated rental communities.

IDG continues to develop new apartment communities throughout the Intermountain West with a focus on those markets which have a greater need for quality rental housing. Cornerstone Residential was created from frustrated apartment owners.

Having professionally managed for a decade under Emerson International, the owners of IDG were developing apartment communities at a rapid pace and required a strong and capable management company to provide the full spectrum of professional management services including a new requirement strict compliance with Section 42 of the IRS Code.

IDG tried several management companies; however, none were equal to the task. IDG began its own property management company, Horizon Investment and Management Corp., in 1994 to provide the highest levels of property management services for its own properties, partners and associates as well as selected clients or associates. Horizon changed its name in 2012 to Cornerstone Residential in order to reflect a rebranding and modernization of programs and personnel.

Cornerstone Residential is an Accredited Management Organization (AMO®) and one of the few in the states of Utah, Nevada and Idaho. Cornerstone also has a strong reputation with the Housing Authorities in Utah and Nevada as a microscopically clean and accurate compliance provider. Cornerstone provides its clients with the benefit of nearly 35 years of experience in market studies and feasibility through development and construction, then through leaseup and marketing to managing troubled and difficult properties. Achieving the owner’s objectives and providing a balanced, inspiring lifestyle to the residents in our communities is Cornerstone’s premier goal.

The management team at Cornerstone is a tenured and impressive one. Four members of the Cornerstone Team have more than 30 years of hands-on experience in the various dimensions of real estate ownership – feasibility and market studies, development and construction, leaseup and profit maximization, as well as turning troubled properties.